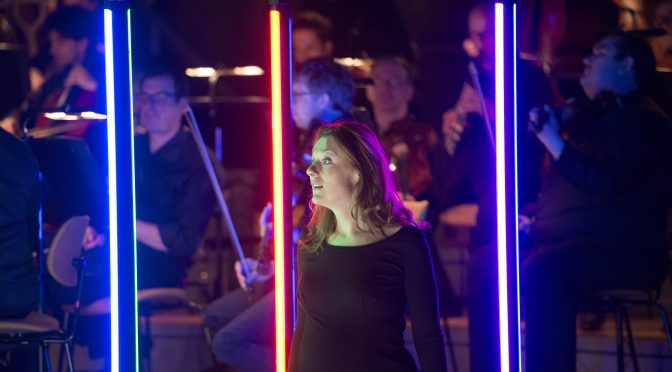 Sir Simon Rattle is the London Symphony Orchestra’s Music Director Designate after Valery Gergiev last autumn took his leave of London’s oldest symphony orchestra. I can’t pass a fair judgement on the Russian’s performance, as I was not based in this country for much of his eight year tenure. Which is not to say that I don’t have an opinion about ‘the world traveller’ Gergiev. Many, many years ago I already got the impression that this extremely gifted conductor was involved in far too many projects, jetting off to more countries in a year than most people visit in a decade. He is known for his very energetic interpretations, but sometimes you wonder if all that passion and impulsiveness is not riding roughshod over the more subtle aspects of certain scores?
Simon Rattle still feels the influence of the great, great (so good I write it twice) Sir Colin Davis.
He was the LSO’s Principal Conductor for 11 years, during which period they achieved an enormous amount.
“It is interesting, as a conductor I still feel Colin there. When we work at our best you feel the warmth, the music making that Colin had and the humanity. From Valery you have this extraordinary thing that, because he is such an improviser, they can respond to anything and you can do practically anything in their moment. Valery has given them an enormous amount also in a different way. But what they say is: We are desperate, desperate to rehearse now, also to work on our sound. Not just to see what comes out.  Although miracles often come out with Valery. But they need looking after. I think they have the possibility to do almost anything. We’ll see, I am looking forward to it enormously. They seem to be so happy to work on things that will maybe bear fruit in time, rather than just simply to work [in a more impulsive manner] ‘OK, let’s get this done’ .”
When Simon Rattle takes over the London Symphony Orchestra (LSO) as Principal Conductor in September 2017 it will be nearly forty years ago he made his debut with the orchestra. In my opinion Rattle is on paper a much more suitable candidate than Gergiev. Not because he is English or even a better conductor, but he is simply a very sympathetic and superb communicator, who will strive to make this orchestra approachable for an audience that seldom visits a concert hall. Rattle has always been very involved in education programmes for children and young people. He has conducted school orchestras in Berlin and last year he found time, during the Berlin Philharmonic’s residency at the Barbican, to conduct the Young Orchestra for London.
When I met Sir Simon last year at a swish hotel on the Potsdamer Platz it became obvious that he has already thought out strategies to once more make the LSO one of the world’s finest orchestras.
“ I think they are a great orchestra and I think none of us have an idea of what they can achieve. I think that they can do almost anything. The danger is that they reach such a high level so fast. Part of my work is to make it even a little bit worse, to make it even better. They have such a flexibility and such a curiosity about many things. There is still a lot to do. They play very little classical music in the last years, very little Mozart and Haydn. Colin did some, but almost no baroque music. When I did the Schumann pieces with them, it was almost new territory to them, There is an enormous amount to do.
Contemporary stuff has always been one of their fortes, they do it extremely professionally and well with an enormous commitment. They don’t give me any feeling that there is any difference between a new piece written by a composer in their twenties or everything else that they are playing.”
When a premier football club gets that sagging and sinking feeling and takes a tumble down the league, the failing manager usually starts to blame the players. The manager gets sacked and (its cheaper than buying 11 new players!!) a new broom is brought in. Tougher training methods are introduced by the new man and star players end up on the bench. Sorry, I got sidetracked. None of this is going to happen under Rattle’s stewardship. He actually makes it clear to me that he is not going to increase the LSO’s working rate. No, quite the opposite is true.

“They work in a different way [from the Berlin Phil]. They work much too hard, I think. I think that everybody is aware that every orchestra in London works much too hard, and the LSO in particular. I hope to find a way that that can be tempered. So that people have time to breathe and be their best. What Bernard Haitink said to me: When you have  a chance to tour with the orchestra and play the pieces a few more times and they are rested and that they can be as good as any orchestra. I’m sure this is true. The experiences we have had so far have been a deep joy and the welcome has been so touching. They love the orchestra and they love each other. It is a very family orientated group in that way. They really look after each other. That is very moving to see.”

I can imagine that Rattle will try to limit the international residences of the orchestra in places like Aix-en-Provence, New York, Paris and Daytona Beach. Admittedly those kind of engagements do bring in money, but at the same time  they over-stretch orchestras, unless you can afford to have a great pool of players.
Sir Simon has made it clear that he will remain a permanent resident in Berlin. But it turns out that this was not a decision he made on his own.
“We had a family conference and it was clear that everyone wanted to stay in this city. “
This conference was attended by his wife, the splendid mezzo soprano Magdalena Kožená, and their three young children: Jonáš, Miloš and Anežka.
“I will work with the LSO for four months of the year, but my family they were all born here. We are in between the Czech Republic and the UK. The kids have their football clubs and their music lessons and their friends. We have a wonderful house with space near the lakes. A very quiet and wonderful life that works and that would be very difficult to replicate in London. In fact we would have to be very far out of London to replicate anything like that. Of course I will have a home in London and a home where there is enough space for the family to visit. But I will be with them for four months of the year and I will work like a dog. Then I will come back to my family rather than trying to juggle that intensity.”
The children are trilingual. They speak Czech with Magdalena, English with their father and German in school. Jonáš (10) made it clear to Rattle that he is German, Miloš (7) feels that he is English, and “hopefully Anežka (who is still too young to know the difference) feels she is Czech”, Rattle says with a laugh.
I am not sure if the vote in the Rattle household went against his wishes, but at least he was allowed to vote. Because, incredibly, in this fantastic European Union of ours (I write we some irony and scepticism, despite the fact that I am still a supporter) one of our greatest conductors can’t even vote for anything political.
“I am still not allowed to vote anywhere, I can’t vote here, not even in the local elections, or in England. Maybe when I get a place in London I will be able to vote….. if there is still an England after this government.”
Sir Simon conducts the LSO in Debussy’s opera Pelléas et Mélisande at the Barbican,  9 & 10 January 2016. I will review the performance in my next blog.
13 January Rattle will lead another concert with the following programme and performers:
Ravel: Le tombeau de Couperin
Dutilleux: L’arbre des songes
Delage: Four Hindu Poems
Dutilleux: Métaboles
Ravel: Daphnis and Chloe – Suite No 2