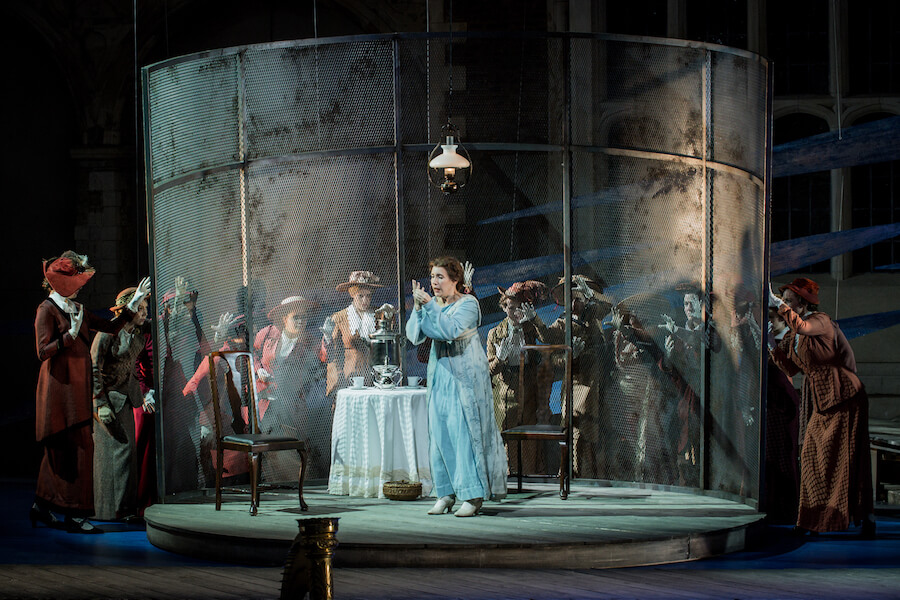 Janáček dedicated the work to Kamila but it was his own long-suffering wife who really deserved a dedication. Fair enough, Kamila was Leoš’ latest muse and the composer was already living apart from his wife Zdenka (but they were not divorced).  Zdenka had after the death of their daughter Olga endured her husband’s open affair with the soprano that sang Kostelnička in the Prague premiere of Jenůfa. Zdenka even attempted suicide, but failed unlike Kabanová in the opera. In the end Zdenka and Leoš sorted out a financial arrangement which stopped short at divorce, which would have been considered scandalous, just as it is in Kát’a Kabanová.