It is rare that I really want to appear with someone in a photograph. But this man is a political giant.

This blog is not really a platform for politics, but I will make an exception.

But the consummate Israeli statesman Shimon Peres died last night and I had the honour of interviewing him quite recently.

Israeli politics is a hornet’s nest from whatever angle you approach it. Normally I wouldn’t touch it with a barge pole. The problem, or the challenge, is that somebody will always disagree with you, whatever you write about Israel.

But after a quick rifle through the obituaries on the internet it is clear to me that Peres, like few other Israeli politicians, garnered some respect from across the board because he tirelessly, until the very end of his life, worked for peace. The transformation from security hawk in the early days of independence,  to a tolerant dove  who together with Rabin and Arafat in 1994 received the Nobel Peace Prize  “for their efforts to create peace in the Middle East”  was total and, most observers seemed to agree, genuine. I could even trace a modicum of respect in the webpage obituary of the Quatar-owned broadcaster Al Jazeera.

In June I met the president at his Peres Center for Peace in Tel Aviv-Jaffa. The fact that the Center is situated in Jaffa is surely trying to make a point. Whereas Tel Aviv is overwhelmingly Jewish, its neighbour Jaffa has retained some typically Arab neighbourhoods. The Peace Center is a sort Israeli equivalent of the American presidential libraries. Peres was interested in literature, books and art, but above all he wanted the centre to be a politically independent place where he actively could continue to focus on dialogue and advancing peace in the Middle East. Peres stepped down as president in 2014 but retiring was never on his mind. In January this year there were two health scares which would have made most people half his age slow down for a while. But nothing could hold this man down and within a month after the scare, at 92, Peres was receiving people again and holding talks. I had been fishing for an interview since the autumn of 2015 and now I was told to come to Israel as soon as possible.  Shimon and his son, Chemi, wanted to thank my wife’s family for her grandfather’s actions during WWII. The Australian Padre Rex Dakers saved the life of Yitzhak Persky (Shimon’s father) during the war. Yitzhak had tried to escape from a prison camp but was caught by the Nazis and was about to be executed on the spot when my wife’s grandfather, who didn’t know Yitzhak, stepped in.

Listen to Shimon Peres explaining what happened next.

There is much more and It is a fascinating story mentioned briefly by Shimon in his autobiography. I am making a radio documentary on this subject and I will post some clips when it is finished.

In June Shimon Peres took time to meet me at his office, which has wonderful views over the Mediterranean. When I entered the young security chap (who was friendly enough) positioned himself out on the balcony. Shimon’s son Chemi, who is a well-known businessman in Israel, got the ball rolling by relaying the remarkable tale about courage, p.o.w camps, multiple escapes and the fearless actions of people in the face of death.

After a while Shimon, who had been listening silently while leaning back in his armchair, became involved and took over from his son. His speech was slow and the voice even lower than I (and my microphone) was prepared for. His eyelids seemed to be drooping, but his mind was clear. This was Shimon’s friendly, hangdog face, the distinct eyebrows slightly razed when listening. An ironic smile never seemed too far away, but there was not much to laugh about. I got a sense of why he had been such a shrewd, persuasive and successful political operator for 70 years. During the 15 minutes I had alone with him he seemed to give me his full attention. That is a skill in itself, to give that impression. Here was the man who had negotiated the 1993 Oslo peace accords, who had sat in numerous cabinet meetings dealing with major conflicts and wars and who had been one of the architects of his country’s secretive nuclear programme. Here was the last surviving Israeli politician who had lived through and even shaped the birth of a nation and helped to develop it.

Shimon Peres  told me about his early childhood in Vishnyeva in Poland, which is now in Belarus. At home they spoke three languages: Yiddish, Hebrew and Russian. Not Polish. Do you want to know why? Listen to the audio.

Peres came to Mandatory Palestine as an 11-year old, where his father had already two years earlier established himself.  He became active within the Zionist youth movement and even founded a Kibbutz. Peres  became  David Ben-Gurion’s prodigy and there is ample evidence in the president’s office that he cherished the memory of Israel’s founding father. It was Ben-Gurion who nurtured his leadership and negotiating skills by making him his right-hand man. But Ben-Gurion also stopped Peres from fighting on the front line in 1948, sending him to the US to source weapons. It has been suggested that the Israeli public never forgave Peres for not serving in a miltary uniform, but he did work at the headquarters of the Haganah (which became the Israeli defence force) and was appointed secretary of the naval services. The real issue is that the voters never took to his style of politics which seemed to involve too many backroom deals and all kinds of intrigues. As a Labour leader he failed time and again to win an election. This didn’t stop him from being a member of Parliament for 48 years. He served as prime minister twice and the list of important ministerial posts that he held over the years is particularly impressive.

It is Shimon Peres’ transformation that makes him so remarkable. In the 1970s his hawkish attitude saw him encouraging very questionable Jewish settlements on the West Bank (he called them “the roots and eyes of Israel”).  But over the years, as he took on ever more important roles in government and internationally, he started to understand that it was vital to negotiate with Israel’s foes,  not in the least because the sympathy for Israel abroad was beginning to wane.

The Oslo peace accords were signed in 1993 when he served as foreign minister. Today they are treated like a failure by the people in power, but surely it was his willingness to compromise and taking some first steps towards a two-state solution that still counts. After the accords a Palestinian state no longer seemed a pipe dream. That is sometimes forgotten by the Palestinians. It was a small, but psychologically significant step for them despite some unfavourable terms.

Shimon Peres’ seven year long tenure as President (2007-2014) was remarkably eventful, considering that the post is meant to be mainly ceremonial. Israelis finally started to respect him as the great statesman he was and appreciated his conciliatory stance as opposed to the governing Likud party, with its surpringly parochial hard-line policies.  Peres took the opportunity to act as the country’s ambassador extraordinaire. He was welcomed with open arms by many world leaders who would never have posed in public with the controversial Israeli foreign minister Avigdor Lieberman (currently the Defense minister)at the time.

Peres was also a great champion of the Israeli technology boom. To him this was another example of the innovative pioneering spirit of his country and the ability to make a success out of resources that were no more than human capital and a considerable self-belief.

Shimon Peres didn’t like to reflect too much on the past and was constantly looking towards the future. In an interview with AP he expressed it perfectly.

“I really think that one should devote his energies to make the world better and not to make the past remembered better.” 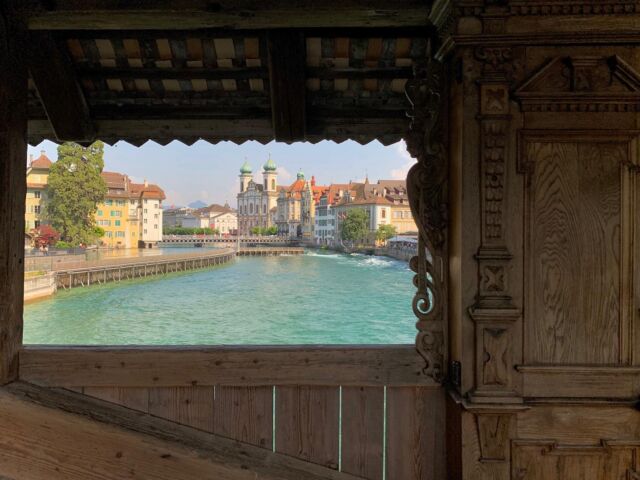