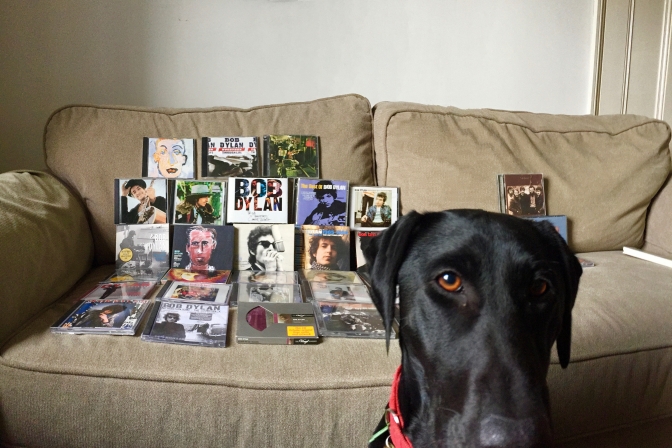 Robert Allen Zimmerman finally gets the official nod, the recognition that he is a literary giant. The English speaking world usually takes no notice when the Nobel Prize in literature goes to  some African, Chinese or Austrian author.

The Swedish Academy gets to choose the Nobel Laureate in  literature. They are a competent bunch, I have visited them at their  premises in Stockholm’s old town,  but sometimes I do get the impression that they pride themselves in picking obscure authors.  Bob Dylan is probably their most popular choice to date.  He needs no introduction. What I  love about this choice, and I am sure millions of real fans would agree,  is that I can actually quote many of his lyrics and I already own all his best records. At the same time it is a rather odd choice in 2016 because his best lyrics are from a different era.  Dylan has musically made some strong albums in the noughties but if it is poetry you are after, his best work is at least 40 years behind him. Yes, there is the autobiography, but it hardly qualifies as literature. And Bob? He clearly doesn’t care one way or another.

The selection process of the Academy is secret, but the announcement was delayed by one week, which is very unusual and a bit of a give-away. There may have been some stormy sessions at the recent meetings of ‘the Eighteen’ members (a few of them never turn up) and in the end it seems they picked a writer everybody could agree on. It could be that they have had Dylan on the substitute bench for decades, just for occasions like this when no agreement could be reached on some Cape Verdean or Kiribati candidate.

Dylan doesn’t really need more publicity or recognition. He won the Polar Music Prize (also a Swedish  award) 16 years ago and has various other medals in his trophy cabinet  as well. As I write this he still hasn’t reacted to the announcement. In fact he is on his Never Ending Tour at the moment and appears in Las Vegas tonight. Maybe he has something to say to the audience there (actually he didn’t mention the award!).  This American tour ends (according to his website) in Fort Lauderdale on 23 November.  This means that he could personally pick up the medal and the prize money as well as shake the Swedish King’s hand on December 10.

I have seen Bob in action three times  and the closest I have come to his (former) inner circle was when I interviewed Robbie Robertson in the 90s. Robertson was the guitarist in the Band who accompanied him on some of his very best albums. Must dig out that interview.

While penning this I visit Dylan’s official website once more and I am reminded that it is the best website of musician that I am aware of. Check it out at   bobdylan.com