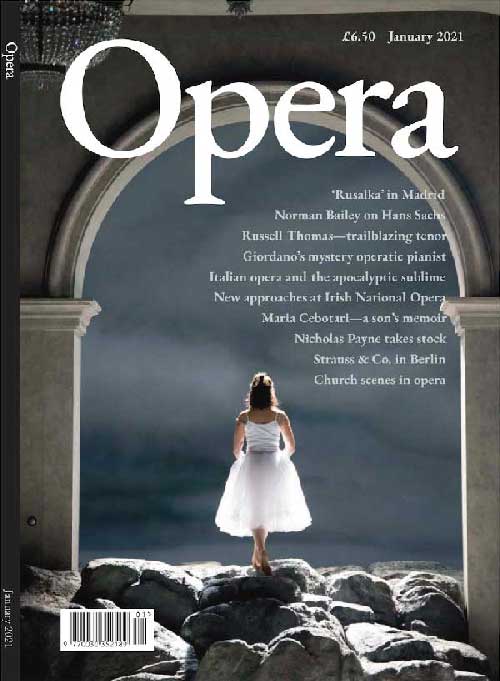 Kaija Saariaho owes her belated debut at the royal swedish opera to the social distancing guidelines for musical venues and to the organization Jewish Culture in Sweden, which sponsored this performance of her 2006 oratorio La Passion de Simone. The fact that it is written for solo soprano, mixed chorus and chamber ensemble, and requires no staging, makes this a good fit in uncertain times. On top of that, this ‘Musical Journey in 15 Stations’ is surprisingly graceful and easy on the ear, despite the grave and brooding character of the libretto. The true challenge for the listener is being able to come to grips with the serious subject matter: a meditation on the life and writings of the Franco-Jewish social and political philosopher Simone Weil (1909-43). Weil was a contradictory and at times divisive person, which the text and music reflects perfectly.

When Saariaho left Finland to study abroad the only book she packed in her suitcase was Weil’s posthumously published Gravity and Grace (1947). Saariaho admits that back then she didn’t necessarily understand the spiritual guidance that is offered in the notebooks, but she became inspired by Weil’s strong desire for truth and the meaning of human existence. Eventually Saariaho learnt to speak French and decided to devote a year to studying Weil’s works. Saariaho dedicated La Passion de Simone to her two children, and still feels that it is very close to her heart. In 15 movements, reflecting the stations of the cross, the oratorio essentially presents a biography of Weil. The similarities with the Bach Passions and references to the Via Dolorosa are quite superficial. In the end Jesus’s redemptive death is evoked, the difference being that Weil’s last station offers absolutely no redemption.

The original version of La Passion de Simone, staged by Peter Sellars, was scored for a large-scale orchestra and chorus. In Stockholm the pared-down forces of the Royal Swedish Opera Orchestra played the chamber version of the oratorio in a concert performance that felt a little bit too static. Anne Sofie von Otter immersed herself totally in the role of narrator, critic and ‘sister’. Much of the time the vocal line follows the natural French speech pattern, which makes it easier to sing and understand the words. Von Otter’s voice sounded fluid and slightly veiled in a very seductive manner. Her commitment was heartfelt and her manner both reproachful and forgiving.

Saariaho sat behind the mixing desk and made sure that Weil’s pre-recorded aphorisms, spoken in a whisper by Dominique Blanc, slid in smoothly. The chorus, echoing the soloist’s laments, sounded subdued, not helped by their spread-out positioning. The colourful layering, deliberate disjointedness, frequent glissandos, sudden vortices of sound, aural fragmentation, hovering string tensions, ominous brass and mellow marimba figures, were all subtly balanced and handled by the well-rehearsed orchestra conducted by Christian Karlsen. The highlight of the evening came in the seventh station with the consoling oboe solo followed by a duet with the statuesque von Otter despairing of Weil’s self-destructive asceticism.

This was a one-off performance (October 17) in front of a ‘new normal’ capacity audience of 50 people, but the Royal Swedish Opera hopes to repeat this production in the near future.